Nowadays, we are facing huge scarcity of water because of irregularities in rainfall. All these are due to increased global warming, deforestation, over use of resources, so on. But to meet the growing water requirements rainfall is very important. So to solve this problem, cloud seeding is used, said Rathnakar Naik, Drone Technologist. 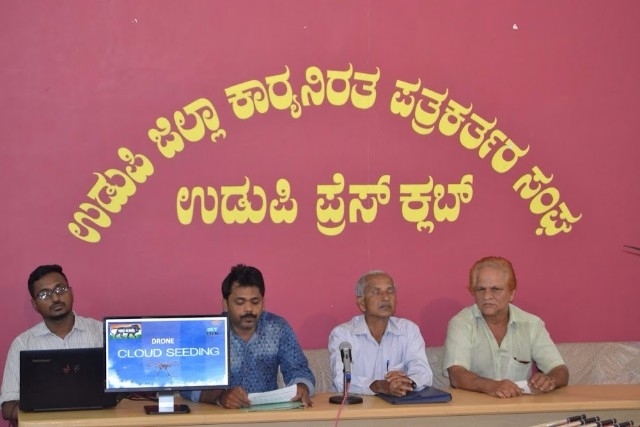 He said that as local synoptic and global climate changes, it causes Cyprus and the eastern Mediterranean to become increasingly dry, interest in weather modification is growing. Cloud seeding which has been used for rain enhancement for about 60 years, is receiving renewed attention. 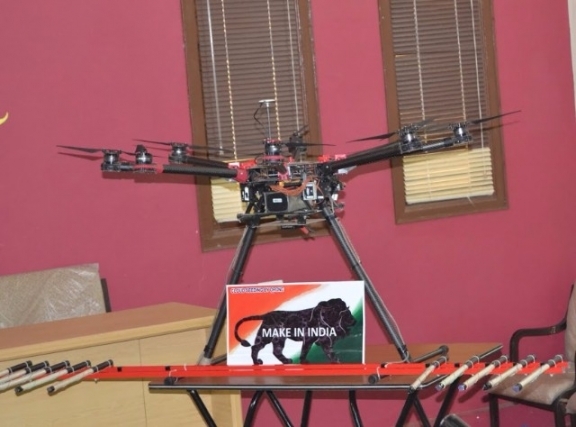 Clouds are seeded with nuclei so that cloud droplets become precipitates into ion sizes (rain or snow), but hail and fog suppression are also widely practiced in airport. Cloud seeding also occurs due to ice nucleators in nature, most of which are bacterial in origin known as Flares.

Cloud seeding chemical may be dispersed by aircraft or dispersion devices located on the ground. For release by aircraft, silver iodide flares are ignited and dispersed as an aircraft flies through the inflow of a cloud. When released by devices on the ground, the fine particles are carried downward and upward by air currents after release.

In order to overcome the disadvantages, we make use of drone technology instead of aircraft. Technology is making rapid progress and is making many things easier, new ways to increase rainfall and reduce crop damage. This concept introduces to drone technology and its advantages in the field of cloud seeding. The major advantages of drone technology in the field of cloud seeding are since it requires vertical take – off, it minimizes the space occupied for runway. It is purely controlled by remote so pilots are not required. It includes one time investment hence it is relatively cheap. Cloud seeding would be more accurate and effective using drones.